To mark the occasion of the UN International Day of Non-Violence and Gandhi Jayanti (birthday anniversary of Mahatma Gandhi), Vishwaguru Swami Maheshwarananda and honoured guests planted World Peace Trees at two locations on the Kapiti Coast in New Zealand.

The first Peace Tree was planted by Vishwaguruji together with the city mayor of Porirua, Anita Baker, in the Porirua Community Park. 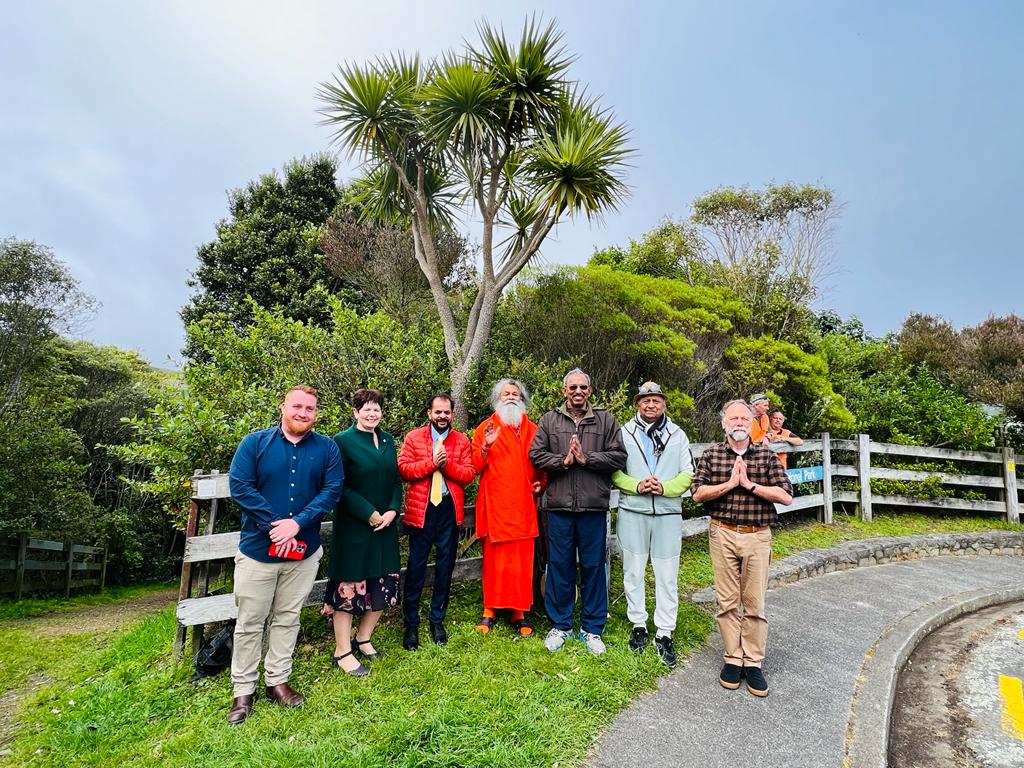 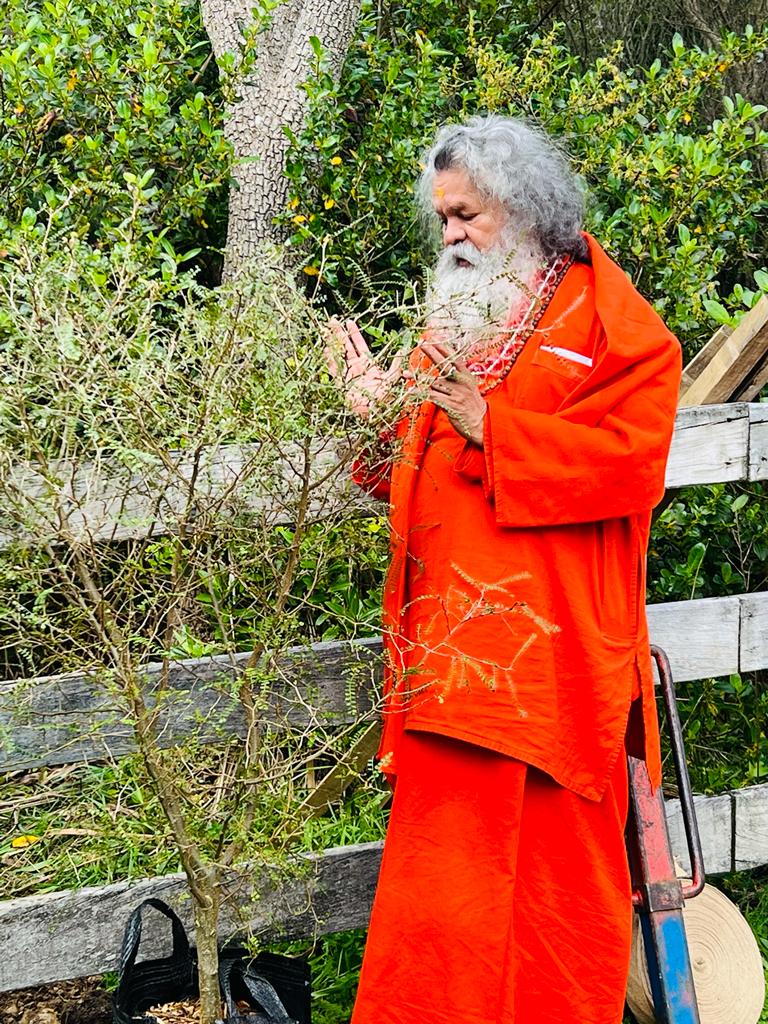 The second Peace Tree ceremony took place at Weka Park in Raumati Beach, a short distance from the Yoga in Daily Life Ashram.

The opening speech was given by Gyananand from Wellington. The respected retired Christian minister, Reverend Marg Shrader then said a prayer, and this was followed by a message of peace and goodwill from Vishwaguruji.

Local students of Sri Devpuriji Ashram also shared their visions of world peace and the protection of nature and all living beings, and the event continued with Vishwaguruji blessing the tree with mantras.

Everyone was then invited to join in with another Māori song, praying for the long life of the tree. See event video on Facebook.

After the event, all participants were invited to share in prashad (a blessed meal) at the Yoga in Daily Life Kapiti Sri Devpuriji Ashram in Raumati Beach. 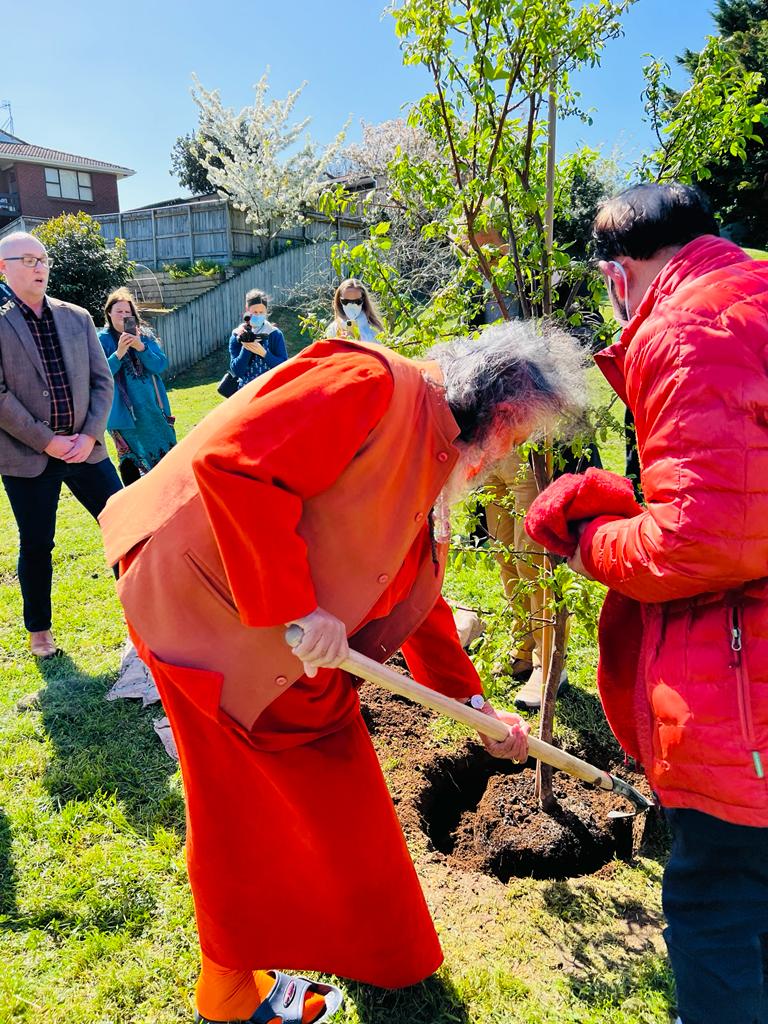 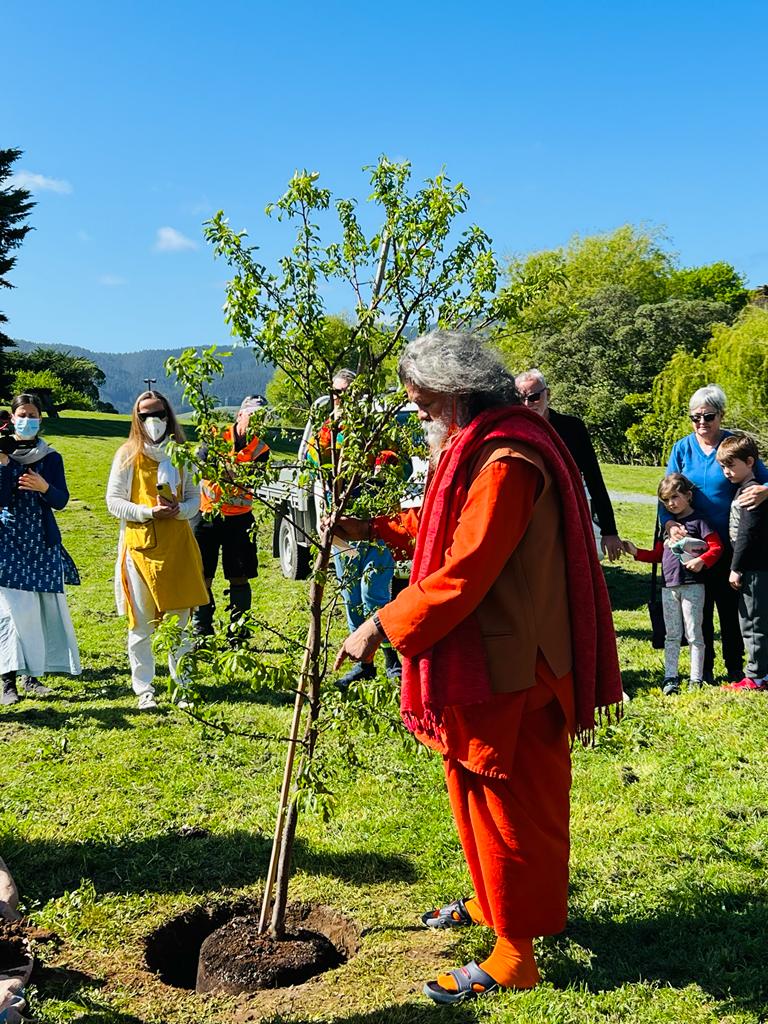 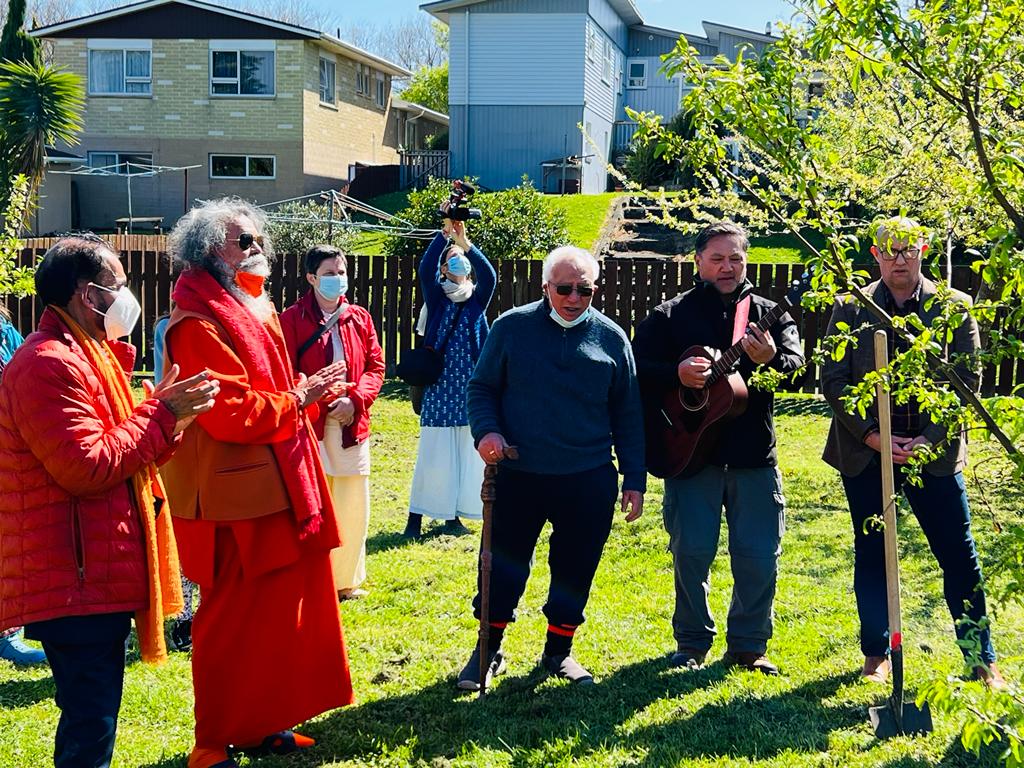 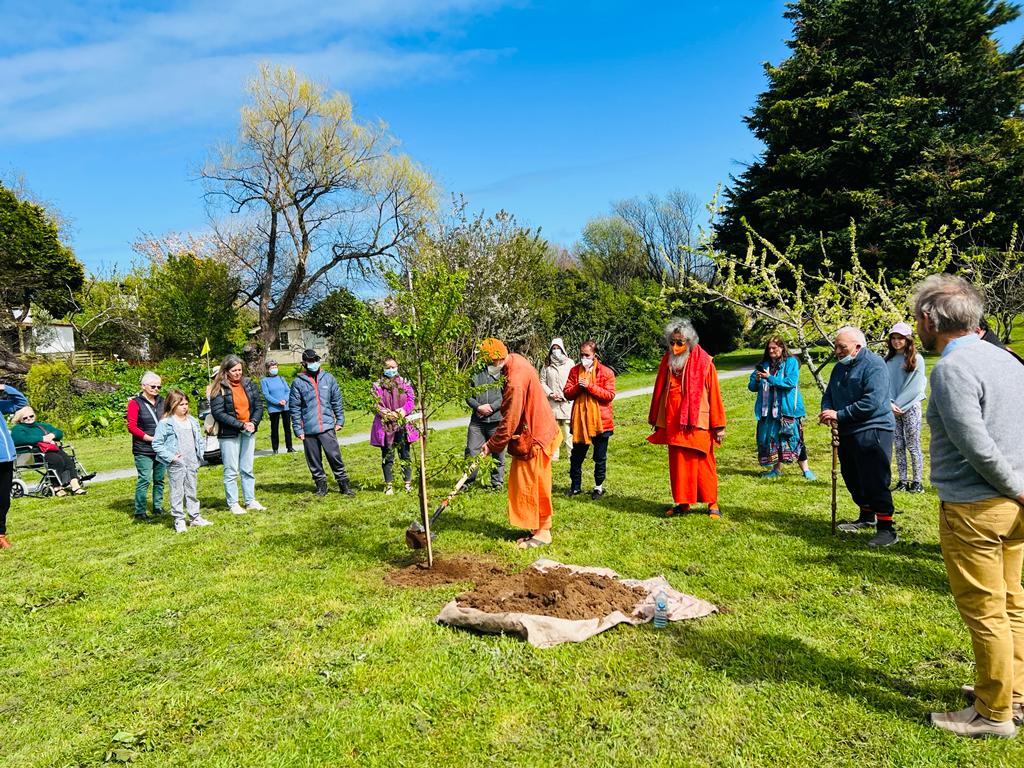