On 2 October 2022, Vishwaguru Swami Maheshwarananda graced the celebration of Mahatma Gandhi's birthday in Wellington, the capital city of New Zealand.

Vishwaguruji was invited to join the distinguished speakers at the Mahatma Gandhi birthday celebrations held on the morning of 2 October, at the Gandhi Ji statue in front of the city Railway Station in Wellington – on the day which is also marked in his honour worldwide as International Day of Non-Violence, 'non-violence' or ahimsa, being a principle so highly revered and widely promoted by Mahatma Gandhi during his lifetime.

Naginbhai Neil Patel, as founder and chairman of the Pujya Mahatma Gandhi Birthday Celebration Committee, gave a vote of thanks to the speakers and other honoured guests. 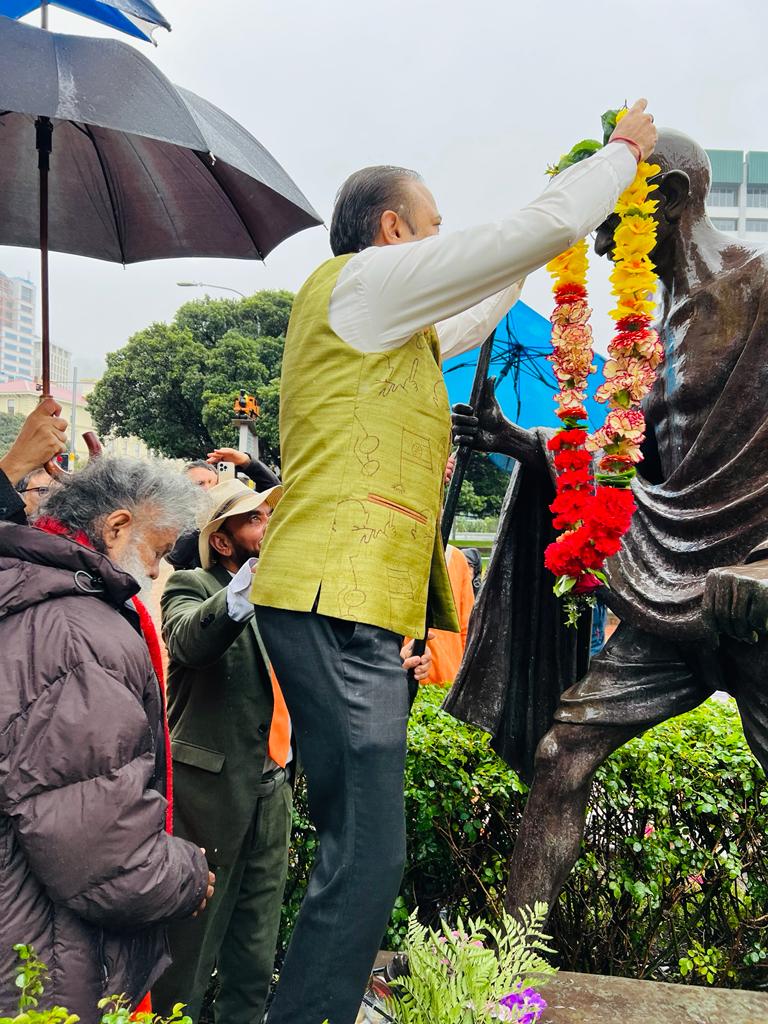 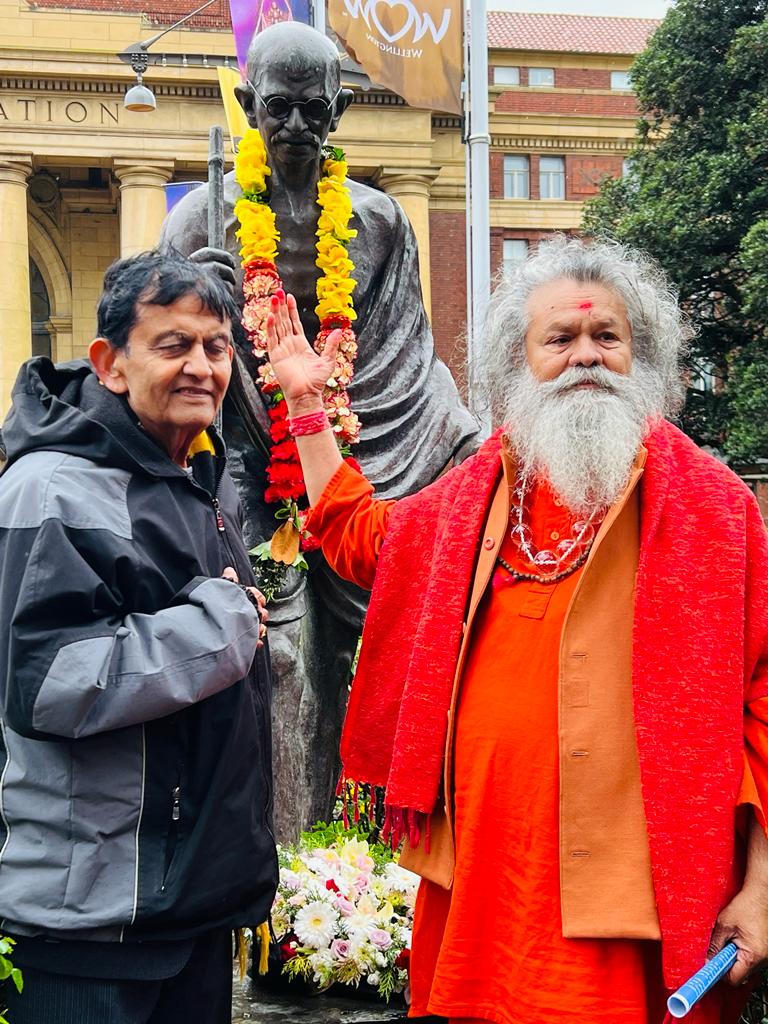